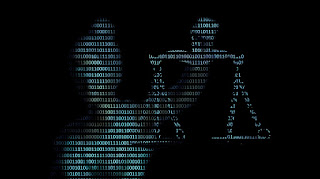 Over the last couple of years we've been hearing a lot about the tremendous progress humanity has made in creating "artificially intelligent" computers.

While a lot of progress has indeed been made, much of the commentary is off the mark because it fails to distinguish between the different types of AI and the progress made with each type.

There are fundamentally two different types of AI – Weak AI and Strong AI.

Weak AI is about creating computers that are oriented to achieving specific goals. Weak AI is currently an evolution of the data mining / predicative analytics efforts of the early 2000’s. In Weak AI, various types of statistical and heuristic algorithms (including deep learning neural nets) are used to evaluate voluminous amounts of data to achieve a specific goal.

The availability of inexpensive and flexible cloud computing services has enabled a staggering amount of progress in creating computers that can do things like evaluate loan applications, target advertising, understand human languages, recognize faces in images, and even drive cars. Given the amount of investment in Weak AI, the pace of advancement will certainly accelerate over the next few years.

Many commentators in the popular press discuss AI as if we are on verge of creating generally intelligent machines (Strong AI) that will require some level of ethics to operate in the real world without endangering humans. While Strong AI that can reason generally like a human is certainly not on the immediate horizon, it is valid to ask whether or not Weak AI needs some level of ethics.

There are situations where Weak AI needs something that looks like ethics. But in most cases what is needed is specifically targeted guidance, not general ethics. The best example that I have seen is what a self driving car would do if a pedestrian unexpectedly walked in front of it on a bridge. Let’s say that the car determines that it only can only take two actions – run over the pedestrian or steer the car off of the bridge, sacrificing its passengers. How does it determine which action to take? Which action is the "ethical" one? I certainly would want to know what guidance the car has been given before I agree to ride in it. But this is not a general ethics problem, it’s a situational issue that can be dealt with in a specific way.


We are truly living in a wondrous time. Inexpensive cloud computing platforms are giving rise to Weak AI systems that can achieve specific goals that were the stuff of science fiction a few short years ago. But the world is not on verge of creating Strong AI systems that can reason generally about the world like a human. Hence, the need to teach a computer about ethics is not as urgent as many writers in the popular press would have us believe.

Popular posts from this blog 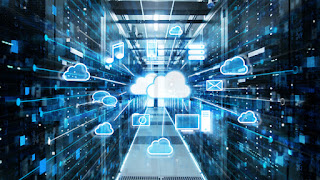 The world is on the verge of a new generation of Web computing. Over the next several years, technologies such as cloud computing, artificial intelligence, 5G mobile networks, and Internet connected embedded devices (the Internet of Things) will collectively come together to create a fundamentally different computing environment than exists today. There isn't yet any consensus on what this new environment will be called, but I like to call it Web 4.0. Web 4.0 will be pervasive, "smart" in targeted ways, and heavily automated. But before we delve into the details of Web 4.0, it's instructive to take a look at how we got here. Before the Web There were many generations of computing prior to the web -- punch card mainframes, terminal-based mainframes, minicomputers, and client-server. Each generation featured proprietary networks, data formats, and protocols that weren't designed to integrate or cooperate. Web 1.0 - The Static Web The original web
Read more

Some Quick Thoughts on Sustainable Transportation

June 09, 2019
There has been a lot of commentary lately regarding sustainable cities and particularly about sustainable transportation. The discussion about sustainable transportation usually revolves around mass transportation systems like light rail. Light rail can be great for places like Tokyo where most people live in high rise buildings. In Tokyo, one can walk a couple of blocks from their apartment to a train station where multiple trains show up every 5 minutes or so and head off in multiple directions. It's very convenient. But America's penchant for single family homes means that light rail is unworkable, or at most a minor part of the solution in most cities, bar Manhattan and a handful of other densely populated urban areas. A better model for the U.S. would be small multi-rider vehicles that can accommodate something like 8-12 passengers, that swarm all over an area. The Philippines has such a transportation system of privately owned van-sized buses called Jeepney'
Read more